Warning: The magic method Pressbooks\Book::__wakeup() must have public visibility in /home/twuca1/books.twu.ca/wp-content/plugins/pressbooks/inc/class-book.php on line 57
 5.5 Political, social and economic drivers of MOOCs | Teaching in a Digital Age
Chapter 5: MOOCs 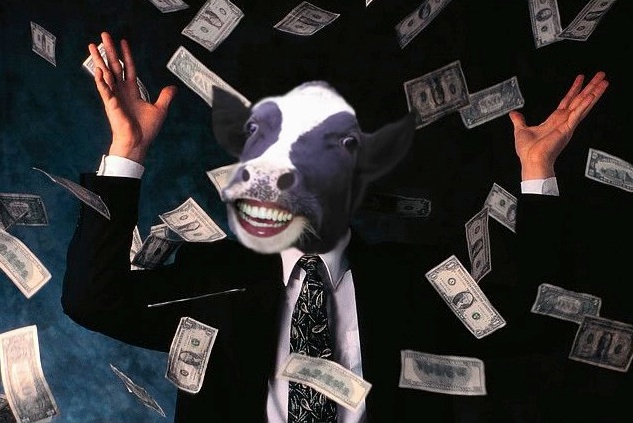 It can be seen from the previous section that the pros and cons of MOOCs are finely balanced. Given though the obvious questions about the value of MOOCs, and the fact that before MOOCs arrived, there had been substantial but quiet progress for over ten years in the use of online learning for undergraduate and graduate programs, you might be wondering why MOOCs have commanded so much media interest, and especially why a large number of government policy makers, economists, and computer scientists have become so ardently supportive of MOOCs, and why there has been such a strong, negative reaction, not only from many university and college instructors, who are right to  be threatened by the implications of MOOCs, but also from many professionals in online learning (see for instance, Hill, 2012; Bates, 2012; Daniel, 2012; Watters, 2012), who might be expected to be more supportive of MOOCs.

It needs to be recognised that the discourse around MOOCs is not usually based on a cool, rational, evidence-based analysis of the pros and cons of MOOCs, but is more likely to be driven by emotion, self-interest, fear, or ignorance of what education is actually about. Thus it is important to explore the political, social and economic factors that have driven MOOC mania.

This is what I will call the intrinsic reason for MOOC mania. It is not surprising that, since the first MOOC from Stanford professors Sebastian Thrun, Andrew Ng and Daphne Koller each attracted over 200,000 sign-ups from around the world, since the courses were free, and since it came from professors at one of the most prestigious private universities in the USA, the American media were all over it. It was big news in its own right, however you look at it.

Until MOOCs came along, the major Ivy League universities in the USA, such as Stanford, MIT, Harvard and UC Berkeley, as well as many of the most prestigious universities in Canada, such as the University of Toronto and McGill, and elsewhere, had largely ignored online learning in any form (the exception was MIT, which made much of its teaching material available for free via the OpenCourseWare project.).

However, by 2011, online learning, in the form of for credit undergraduate and graduate courses, was making big inroads at many other, very respectable universities, such as Carnegie Mellon, Penn State, and the University of Maryland in the USA, and also in many of the top tier public universities in Canada and elsewhere, to the extent that almost one in three course enrolments in the USA were now in online courses. Furthermore, at least in Canada, the online courses were often getting good completion rates and matching on-campus courses for quality.

For years before 2011, various economists, philosophers and industrial gurus had been predicting that education was the next big area for disruptive change due to the march of new technologies (see for instance Lyotard, 1979; Tapscott (undated); Christensen, 2010).

Online learning in credit courses though was being quietly absorbed into the mainstream of university teaching, through blended learning, without any signs of major disruption, but here with MOOCs was a massive change, providing evidence to support at long last the theories of disruptive innovation in the education sector.

It is no coincidence that the first MOOCs were all developed by entrepreneurial computer scientists. Ng and Koller very quickly went on to create Coursera as a private, commercial company, followed shortly by Thrun, who created Udacity. Anant Agarwal, a computer scientist at MIT, went on to head up edX.

The first MOOCs were very typical of Silicon Valley start-ups: a bright idea (massive, open online courses with cloud-based, relatively simple software to handle the numbers), thrown out into the market to see how it might work, supported by more technology and ideas (in this case, learning analytics, automated marking, peer assessment) to deal with any snags or problems. Building a sustainable business model would come later, when some of the dust had settled.

As a result it is not surprising that almost all the early MOOCs completely ignored any pedagogical theory about best practices in teaching online, or any prior research on factors associated with success or failure in online learning. It is also not surprising as a result that a very low percentage of participants actually successfully complete MOOCs – there’s a lot of catching up still to do, but so far Coursera and to a lesser extent edX have continued to ignore educators and prior research in online learning. They would rather do their own research, even if it means re-inventing the wheel.

Of all the reasons for MOOC mania, Bill Clinton’s famous election slogan resonates the most. It should be remembered that by 2011, the consequences of the disastrous financial collapse of 2008 were working their way through the economy, and particularly were impacting on the finances of state governments in the USA.

The recession meant that states were suddenly desperately short of tax revenues, and were unable to meet the financial demands of state higher education systems. For instance, California’s community college system, the nation’s largest, suffered about $809 million in state funding cuts between 2008-2012, resulting in a shortfall of 500,000 places in its campus-based colleges (Rivera, 2012). Free MOOCs were seen as manna from heaven by the state governor, Jerry Brown (see for instance To, 2014).

One consequence of rapid cuts to government funding was a sharp spike in tuition fees, bringing the real cost of higher education sharply into focus. Tuition fees in the USA have increased by 7 per cent per annum over the last 10 years, compared with an inflation rate of 4 per cent per annum. Here at last was a possible way to rein in the high cost of higher education.

By 2015 though the economy in the USA is picking up and revenues are flowing back into state coffers, and so the pressure for more radical solutions to the cost of higher education is beginning to ease. It will be interesting to see if MOOC mania continues as the economy grows, although the search for more cost-effective approaches to higher education is not going to disappear.

These are all very powerful drivers of MOOC mania, which makes it all the more important to try to be clear and cool headed about the strengths and weaknesses of MOOCs. The real test is whether MOOCs can help develop the knowledge and skills that learners need in a knowledge-based society. The answer of course is yes and no.

As a low-cost supplement to formal education, they can be quite valuable, but not as a complete replacement. They can at present teach basic conceptual learning, comprehension and in a narrow range of activities, application of knowledge. They can be useful for building communities of practice, where already well educated people or people with a deep, shared passion for a topic can learn from one another, another form of continuing education.

However, certainly to date, MOOCs have not been able to demonstrate that they can lead to transformative learning, deep intellectual understanding, evaluation of complex alternatives, and evidence-based decision-making, and without greater emphasis on expert-based learner support and more qualitative forms of assessment, they probably never will, at least without substantial increases in their costs.

At the end of the day, there is a choice between throwing more resources into MOOCs and hoping that some of their fundamental flaws can be overcome without too dramatic an increase in costs, or investing in other forms of online learning and educational technology that could lead to more cost-effective learning outcomes in terms of the needs of learners in a digital age.

For a more light-hearted look at MOOC mania see:

“What should we do about MOOCs?” – the Board of Governors discusses

NOTE: Both the two blog posts above are satirical: they are fictional!