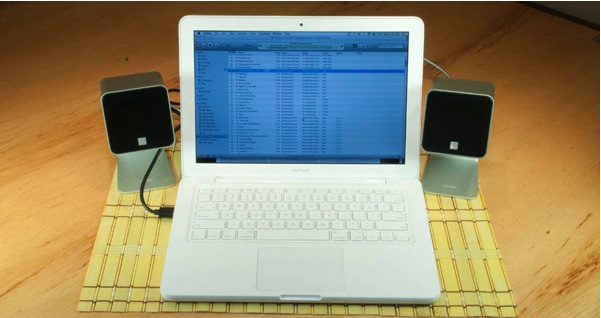 Sounds, such as the noise of certain machinery, or the background hum of daily life, have an associative as well as a pure meaning, which can be used to evoke images or ideas relevant to the main substance of what is being taught. There are, in other words, instances where audio is essential for efficiently mediating certain kinds of information.

We have seen that oral communication has a long history, and continues today in classroom teaching and in general radio programming. In this section though I am focusing primarily on recorded audio, which I will argue is a very powerful educational medium when used well.

There has been a good deal of research on the unique pedagogical characteristics of audio. At the UK Open University course teams had to bid for media resources to supplement specially designed printed materials. Because media resources were developed initially by the BBC, and hence were limited and expensive to produce, course teams (in conjunction with their allocated BBC producer) had to specify how radio or television would be used to support learning. In particular, the course teams were asked to identify what teaching functions television and radio would uniquely contribute to the teaching. After allocation and development of a course, samples of the programs were evaluated in terms of how well they met these functions, as well as how the students responded to the programming. In later years, the same approach was used when production moved to audio and video cassettes.

This process of identifying unique roles then evaluating the programs allowed the OU, over a period of several years, to identify which roles or functions were particularly appropriate to different media (Bates, 1985). Koumi (2006), himself a former BBC/OU producer, followed up on this research and identified several more key functions for audio and video. Over a somewhat similar period, Richard Mayer, at the University of California at Santa Barbara, was conducting his own research into the use of multimedia in education (Mayer, 2009).

Although there have been continuous developments of audio technology, from audio-cassettes to Sony Walkman’s to podcasts, the pedagogical characteristics of audio have remained remarkably constant over a fairly long period.

Although audio can be used on its own, it is often used in combination with other media, particularly text. On its own, it can present:

This technique was later further developed by Salman Khan, but using video to combine voice-over (audio) explanation with visual presentation of mathematical symbols, formulae, and solutions.

Because of the ability of the learner to stop and start recorded audio, it has been found to be particularly useful for:

7.3.4 Strengths and weaknesses of audio as a teaching medium

In particular, added flexibility and learner control means that students will often learn better from preprepared audio recordings combined with accompanying textual material (such as a web site with slides) than they will from a live classroom lecture.

There are also of course disadvantages of audio:

Increasingly video is now be used to combine audio over images, such as in the Khan Academy, but there are many instances, such as where students are studying from prescribed texts, where recorded audio works better than a video recording.

So let’s hear it for audio!

1. Take one of the courses you are teaching. What key presentational aspects of audio could be important for this course?

2. Look at the skills listed in Section 1.2 of this book. Which of these skills would best be developed through the use of audio rather than other media? How would you do this using audio-based teaching?

3. Under what conditions would it be more appropriate for students to be assessed by asking them to make an audio recording? How could this be done under assessment conditions?

4. To what extent do you think redundancy or duplication between different media is a good thing? What are the disadvantages of covering the same topic through different media?

5. Can you think of any other unique pedagogical characteristics of audio?

Bates, A. (1985) Broadcasting in Education: An Evaluation London: Constables (out of print – try a good library)