Warning: The magic method Pressbooks\Book::__wakeup() must have public visibility in /home/twuca1/books.twu.ca/wp-content/plugins/pressbooks/inc/class-book.php on line 57
 1.4 Change and continuity | Teaching in a Digital Age
Chapter 1: Fundamental Change in Education 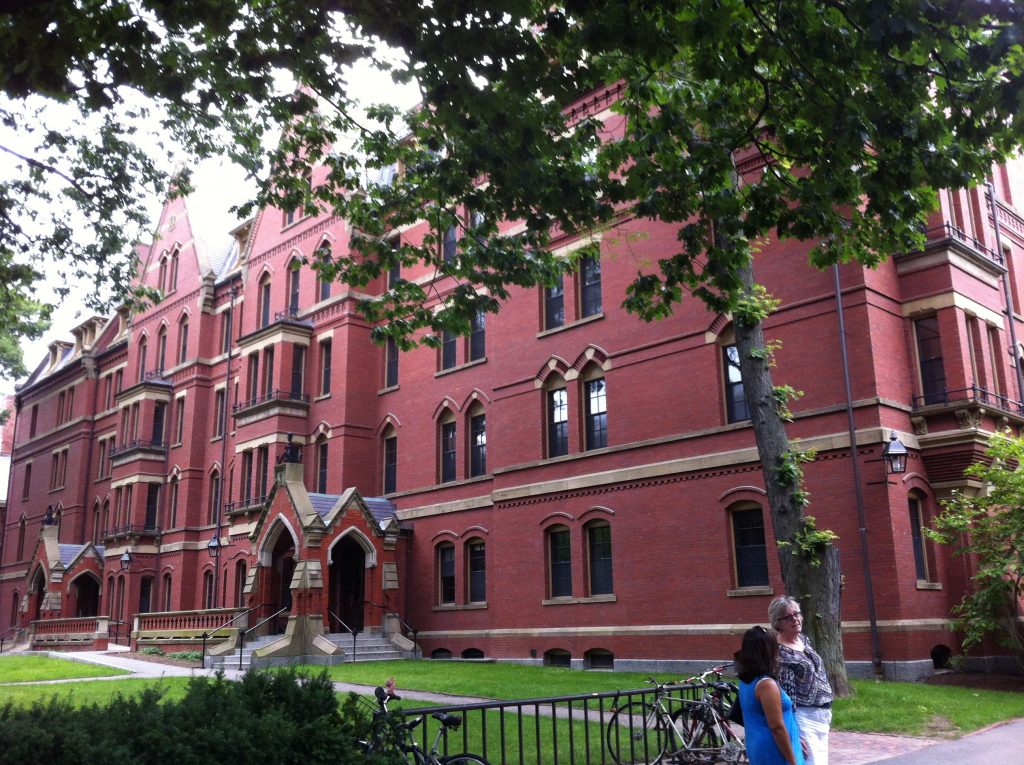 In the age of constant connectedness and social media, it’s time for the monolithic, millennium-old, ivy-covered walls to undergo a phase change into something much lighter, more permeable, and fluid.

Although this book is aimed at teachers and instructors in schools and colleges as well as universities, I want to look particularly at how the digital age is impacting on universities. There is a widely held belief – even among those who have benefited from fine degrees at prestigious universities – that universities are out of touch, that academic freedom is really about protecting professors in a comfortable career that doesn’t require them to change, and that the entire organization of the academy is better left to its medieval past: in other words, universities are an artifact of the past and something new needs to replace them.

Nevertheless, there are very good reasons why universities have been around for more than 800 years, and are likely to remain relevant well into the future. Universities are deliberately designed to resist external pressure. They have seen kings and popes, governments and business corporations, come and go, without any of these external forces fundamentally changing the nature of the institution. Universities pride themselves on their independence, their freedom, and their contribution to society. So let’s start by looking, very briefly, at these core values, because any change that really threatens these core values is likely to be strongly resisted from professors and instructors within the institution.

Universities are fundamentally about the creation, evaluation, maintenance and dissemination of knowledge.  This role in society is even more important today than in the past. For universities to perform that role adequately, though, certain conditions are necessary. First they need a good deal of autonomy. The potential value of new knowledge in particular is difficult to predict in advance. Universities provide society with a safe way of gambling on the future, by encouraging innovative research and development that may have no immediate apparent short-term benefits, or may lead to nowhere, without incurring major commercial or social loss. Another critical role is the ability to challenge the assumptions or positions of powerful agencies outside the university, such as government or industry, when these seem to be in conflict with evidence or ethical principles or the general good of society.

Perhaps even more importantly, there are certain principles that distinguish academic knowledge from everyday knowledge, such as rules of logic and reasoning, the ability to move between the abstract and the concrete, ideas supported by empirical evidence or external validation (see for instance, Laurillard, 2001). We expect our universities to operate at a higher level of thinking than we as individuals or corporations can do in our everyday lives.

One of the core values that has helped to sustain universities is academic freedom. Academics who ask awkward questions, who challenge the status quo, who provide evidence that contradicts statements made by government or corporations, are protected from dismissal or punishment within the institution for expressing such views. Academic freedom is an essential condition within a free society. However, it also means that academics are free to choose what they study, and more importantly for this book, how best to communicate that knowledge. University teaching then is bound up with this notion of academic freedom and autonomy, even though some of the conditions that protect that autonomy, such as tenure or a job for life, are increasingly under pressure.

I make this point for one reason and one reason alone. If universities are to change to meet changing external pressures, this change must come from within the organization, and in particular from the professors and instructors themselves. It is the faculty that must see the need for change, and be willing to make those changes themselves. If government or society as a whole tries to enforce changes from outside, especially in a way that challenges the core values of a university such as academic freedom, there is a grave risk that the very thing that makes universities a unique and valuable component of society will be destroyed, thus making them less rather than more valuable to society as a whole. However, this book will provide many reasons why it is also in the best interests of not only learners but instructors themselves to make changes, in terms of managing workload and attracting extra resources to support teaching.

Schools and two-year colleges are in a somewhat different position. It is easier (although not that easy) to impose change from above or through forces from outside the institution, such as government. However, as the literature on change management clearly indicates (see, for instance, Weiner, 2009), change occurs more consistently and more deeply when those undergoing change understand the need for it and have a desire to change. Thus in many ways, schools, two year colleges and universities face the same challenge: how to change while preserving the integrity of the institution and what it stands for.

You may want to discuss these questions with other readers or compare your response to others. If so, use the comment box below to add your comments to the general discussion.

1. Do you think that universities are irrelevant today? If not, what alternatives are there for developing learners with the knowledge and skills needed in a digital age?

2. What are your views on the core values of a university. How do they differ from the ones outlined here?

3. Do you think schools, colleges and/or universities need to change they way they teach? If so, why, and in what way? How could this best be done without interfering with academic freedom or other core values of educational institutions?

There are no right or wrong answers to these questions but you may want to return to your answers after reading the whole chapter.

Weiner, B. (2009) A theory of organizational readiness for change Implementation Science, Vol. 4, No. 67