3.2 The origins of the classroom design model

Our institutions are a reflection of the times in which they were created. Francis Fukuyama, in his monumental writing on political development and political decay (2011, 2014), points out that institutions that provide essential functions within a state often become so fixed over time in their original structures that they fail to adapt and adjust to changes in the external environment. We need therefore to examine in particular the roots of our modern educational systems, because teaching and learning in the present day is still strongly influenced by institutional structures developed many years ago. Thus, we need to examine the extent to which our traditional campus-based models of teaching remain fit for a digital age.

The large urban school, college or university, organized by age stratification, learners meeting in groups, and regulated units of time, was an excellent fit for an industrial society. In effect, we still have a predominantly factory model of educational design, which in large part remains our default design model even today.

Some design models are so embedded in tradition and convention that we are often like fish in water – we just accept that this is the environment in which we have to live and breath. The classroom model is a very good example of this. In a classroom based model, learners are organised in classes that meet on a regular basis at the same place at certain times of the day for a given length of time over a given period (a term or semester). 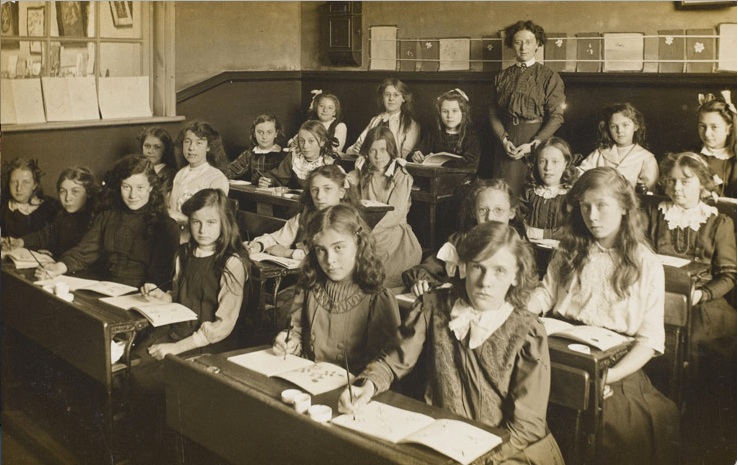 This is a design decision that was taken more than 150 years ago. It was embedded in the social, economic and political context of the 19th century. This context included:

However, over the span of 150 years, our society has slowly changed. Many of these factors or conditions no longer exist, while others persist, but often in a less dominant way than in the past. Thus we still have factories and large industries, but we also have many more small companies, greater social and geographical mobility, and above all a massive development of new technologies that allow both work and education to be organized in different ways.

This is not to say that the classroom design model is inflexible. Teachers for many years have used a wide variety of teaching approaches within this overall institutional framework. But in particular, the way in which our institutions are structured strongly affects the way we teach. We need to examine which of the methods built around a classroom model are still appropriate in today’s society, and, more of a challenge, whether we could build new or modified institutional structures that would better meet the needs of today.

Fukuyama, F. (2011) The Origins of Political Order: From Prehuman Times to the French Revolution New York: Farrar Strauss and Giroux

Fukuyama, F. (2014) Political Order and Political Decay: From the Industrial Revolution to the Globalisation of Democracy New York: Farrar Strauss and Giroux