Before the arrival of European explorers and traders, North America was occupied by Indigenous Peoples living and thriving with their own distinct cultures, languages, and ways of knowing. Today, while many Indigenous people are very successful in business, law, medicine, arts, and sports, Indigenous Peoples as a group are at the negative end of every socio-economic indicator. How did this happen?

The short answer is colonization.

In Canada, colonization occurred when a new group of people migrated to North America, took over and began to control Indigenous Peoples. Colonizers impose their own cultural values, religions, and laws, make policies that do not favour the Indigenous Peoples. They seize land and control the access to resources and trade. As a result, the Indigenous people become dependent on colonizers.

Today many Indigenous people still struggle, but it is a testament to the strength of their ancestors that Indigenous People are still here and are fighting to right the wrongs of the past.

Go forth, nor bend to greed of white men’s hands,
By right, by birth we Indians own these lands.

– Emily Pauline Johnson (Tekahionwake, 1861–1913;  Mohawk/English poet and performer), from “A Cry from an Indian Wife”.

The myth of terra nullius

European map-makers drew unexplored landscapes as blank spaces. Instead of interpreting these blank spaces as areas yet to be mapped, they saw them as empty land waiting to be settled. When settlers arrived in North America, they regarded it as terra nullius, or “nobody’s land.” They simply ignored the fact that Indigenous Peoples had been living on these lands for thousands of years, with their own cultures and civilizations. For the settlers, the land was theirs to colonize. As time went on, more and more settlers took over the traditional territories of Indigenous Peoples.

The settlers began to give their own names and descriptions to the land they had “discovered.” For example, Vancouver and Vancouver Island are named after Captain George Vancouver, who was born in England in 1757, and not after a hereditary Chief of the territory, whose family had lived in the area since the beginning of time. The land, landmarks, bodies of water and mountain ranges already had names, given to them by Indigenous Peoples. Settlers did not learn these names and made their own names for landmarks, mountains, bodies of water and regions instead. This was one of the ways in history was rewritten to excluded Indigenous Peoples contributions and presence.

Initially, the relationship was mutually beneficial for settlers and Indigenous Peoples,but this relationship did not last Each group had their competing priorities based on fundamentally different values such as:

The British and French were fighting for control of North America, which they viewed as a rich source of raw materials. In their worldview, the natural environment was a resource that could be exploited for individual gain. Individuals and companies could become very wealthy by controlling the resources of this “New World.” The colonizer worldview valued competition, individualism and male-superiority.

In contrast, Indigenous Peoples value the group or the collective more than the individual. Each person has their role, and each contributed to the success of the group. Extended families were large and included aunts, uncles, cousins, and so on.

Indigenous Peoples viewed women as being equal to men. Women were supported, honoured, and respected for their role as the givers of life.

In the Indigenous worldview, everything has a spirit and deserves to be respected. The natural world was not simply a resource to control or conquer.

The colonizers thought they were superior to all those of non-European descent, and some did not consider Indigenous Peoples to be “people” at all. They did not consider Indigenous laws, governments, medicines, cultures, beliefs, or relationships to be legitimate. They believed that they had the right and moral obligation to make decisions affecting everybody, without consultation with Indigenous Peoples. These beliefs and prejudices were used to justify the acts and laws that came into being as part of the process of colonization.

The impact of disease 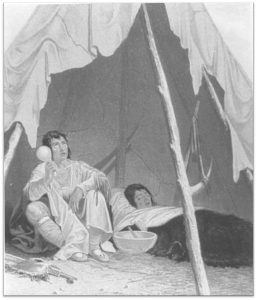 Fig 2.2: A medicine man caring for an ill person.

A punishment from God?

These deadly epidemics happened before either the settlers or Indigenous Peoples properly understood the causes of disease. Christian missionaries told Indigenous people that one of the reasons for their sickness was the fact that they did not believe in the Christian God and did not attend church. Indigenous people saw that the settlers were not as badly affected by disease, and many were persuaded to abandon their traditional beliefs and convert to Christianity.

Fig 2.2: A medicine man caring for an ill person by National Library of Medicine is used under a CC 0 Licence.